Since I was a child I was always attracted by the "backstage life". I was always curious to know more about how the beautiful things I saw - shows and films - were created... Wait. I think I wrote that already once... Right! It was in my last year's report about "Art on Ice 2009". A bit more than a year later, here I am, again in Switzerland, charmed by this show, as always, and curious to know and see how the miracle is created. 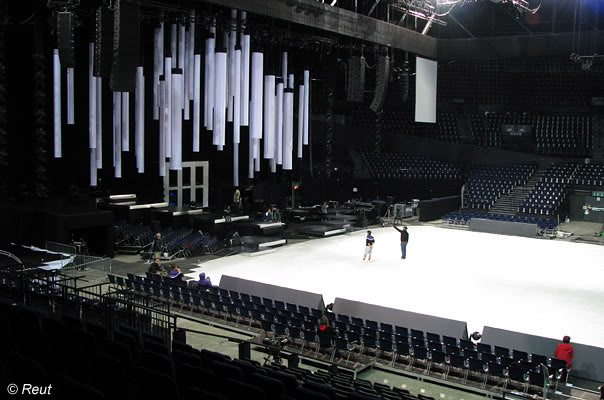 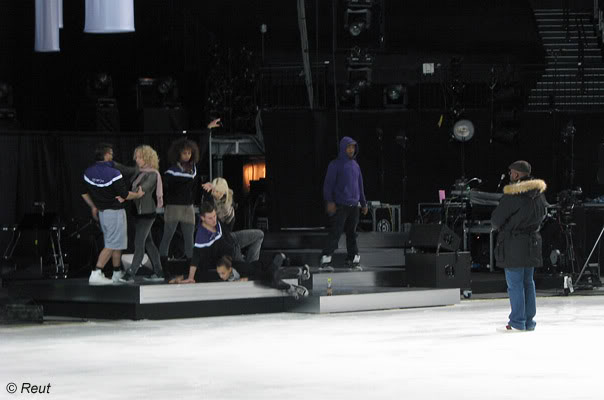 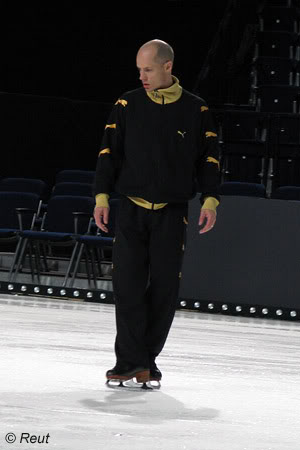 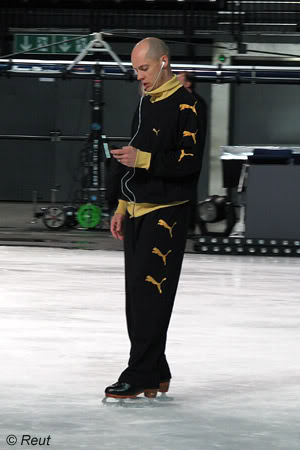 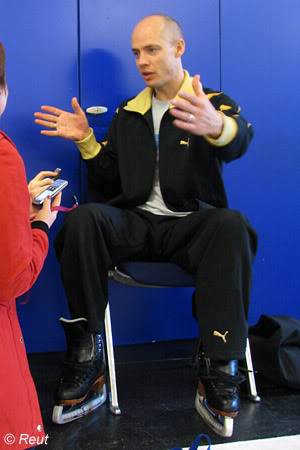 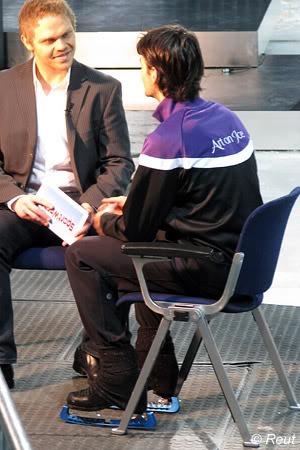 Stage: in the afternoon and in the evening 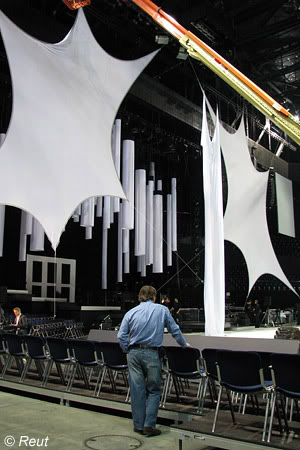 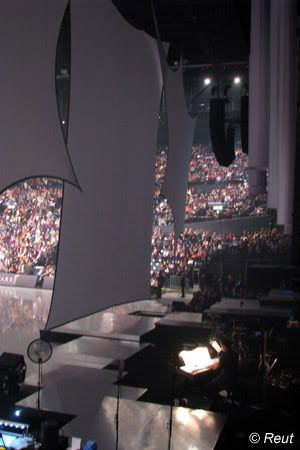 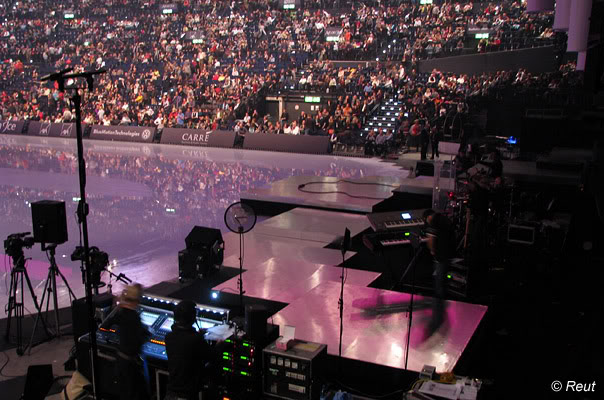 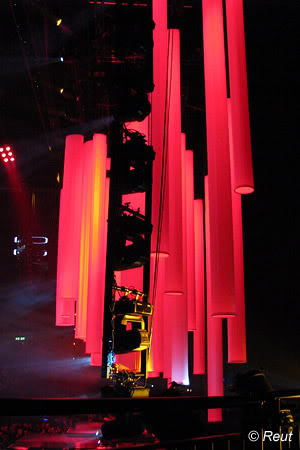 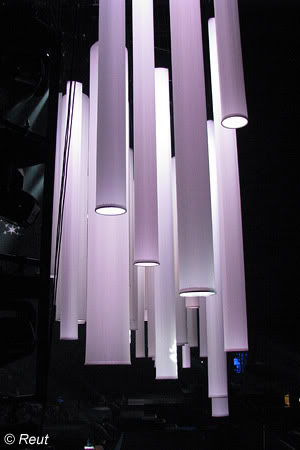 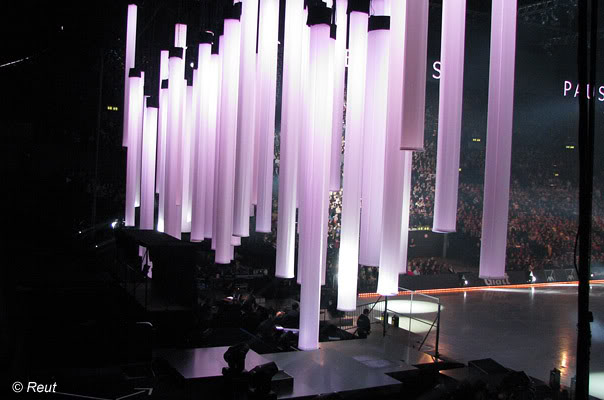 Funny moment. Before the beginning of the show, a few stage workers and the mime-actor (who was also one of the hosts) helped a person climb up in to the ceiling. During the show we found out what he was doing there - he was directing the lights! 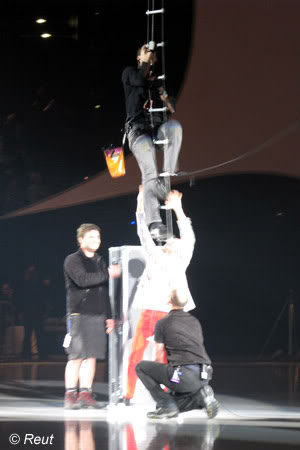 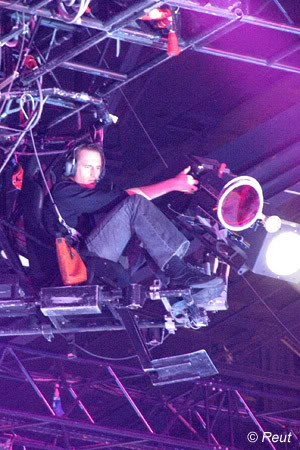 On Saturday's evening and Sunday's afternoon shows, I was almost sitting in the backstage (sections P1 and L1 of Hallenstadion, for those who are interested). The view was not the best: especially at the beginning, when some large sheets were hiding the view of part of the ice. I saw the artists' backs almost all the time. 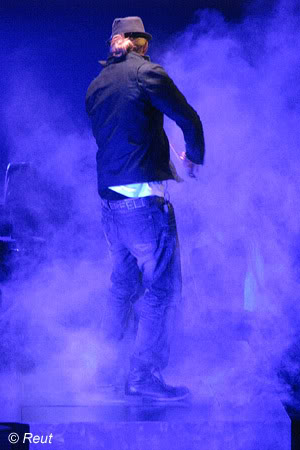 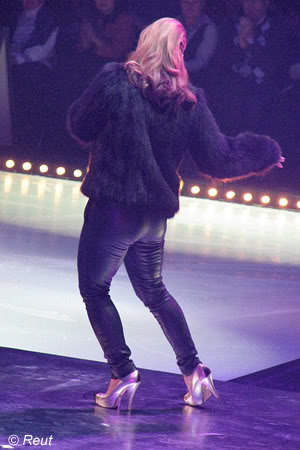 But there were definite advantages too: I could dance as long as I wanted, because I wasn't standing in anyone's way and because nobody could see me. And I could see some "backstage life" and different points of view and perspectives to take photos. 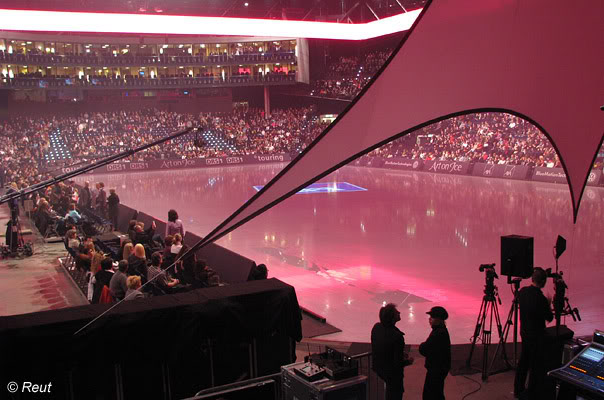 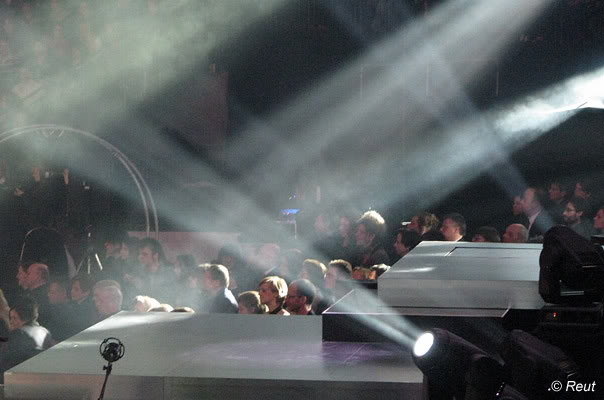 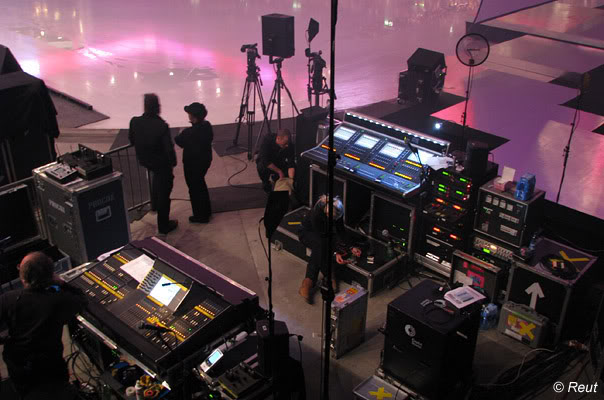 Povilas Vanagas waiting to go on the ice; and Oliver Höner directing the whole show 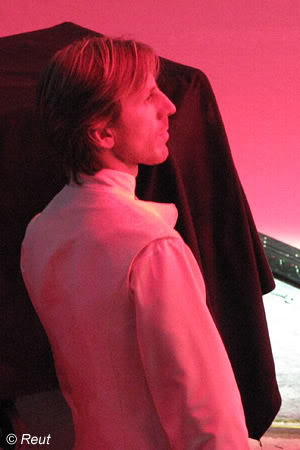 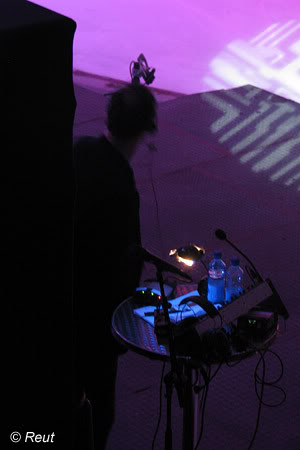 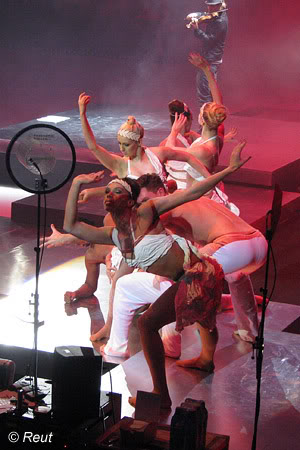 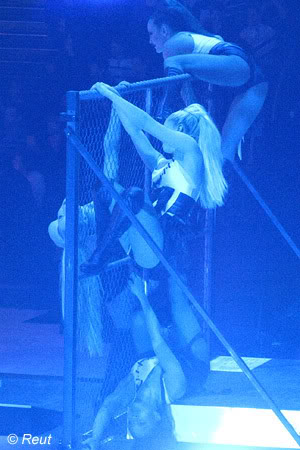 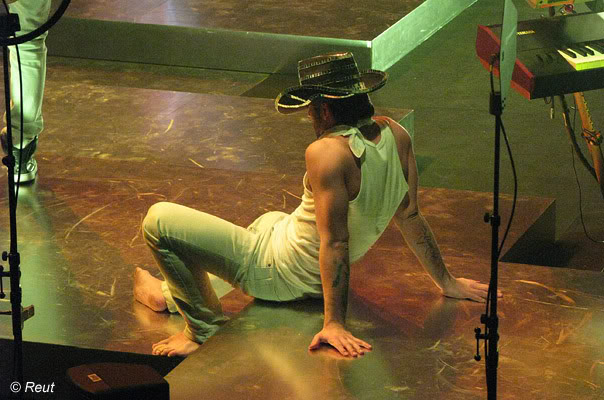 What makes "Art on Ice" special is the live music and the interaction the artists on the stage have with the artists on the ice. "You feel like you need to help them out there on the ice to skate," said Anastacia. "Every time we performed to In Your Eyes, there was magic going on between us," recalled Stéphane Lambiel later in his journal.


David Garrett with Aljona and Robin; Seven with Kurt 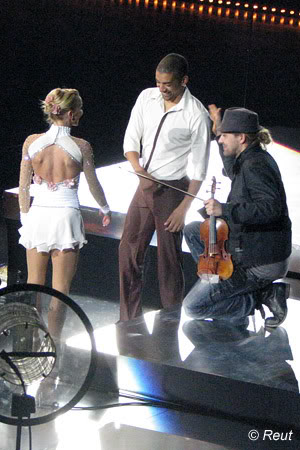 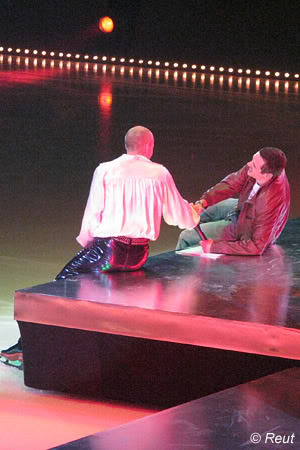 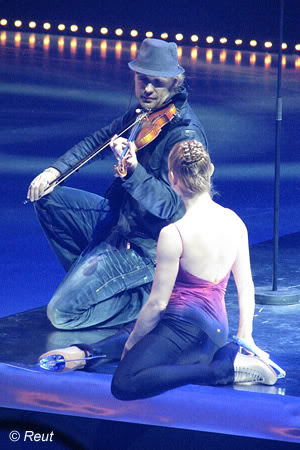 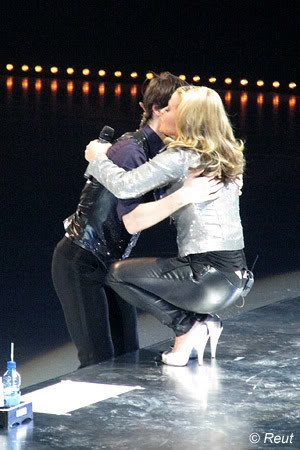